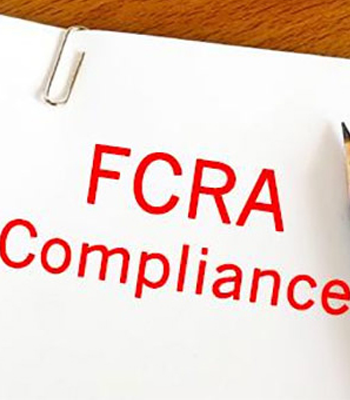 What you should know in FCRA compliance?

KEY POINT FOR CONSIDERATION FOR CONTRIBUTION REGULATED BY FCRA, 2010

PURPOSE
The FCRA was enacted to regulate the acceptance and utilisation of foreign contribution or foreign hospitality by certain individuals or associations or companies and to prohibit acceptance and utilisation of foreign contribution for any activities detrimental to the national interest and for matters connected therewith or incidental thereto. (Source: Wikipedia)

APPLICABILITY
The FCRA is applicable to following
• Whole of India
• Citizens of India outside India; and
• Associate Branches or subsidiaries, outside India, of companies or bodies corporate,               registered or incorporated in India

Foreign contribution means the donation, delivery or transfer made by any foreign source:
i) of any article, not being an article given to a person as a gift for his personal use, if the market value, in India, of such article, on the date of such gift is not more than such sum as may be specified from time to time by the Central Government by rules made by it in this behalf. (This sum has been specified as Rs. 25,000/- currently);
ii) of any currency, whether Indian or foreign;
iii) of any security as defined in clause (h) of section 2 of the securities Contracts(Regulation) Act, 1956 and includes any foreign security as defined in clause (o) of Section 2 of the Foreign Exchange Management Act, 1999.

There is no restriction on currency of foreign currency. Even Indian Rupee can be termed as foreign contribution.

5. Contribution Received From Indian Citizen Not Residing In India

Contribution Received from Indian Citizen not residing in India is NOT considered as foreign contribution. However, copy of passport should be obtained to confirm his/her citizenship.

6. Infusion of Share Capital From Foreign Fund in Section 8 Companies

Infusion of share capital from foreign fund in section 8 companies to be treated as foreign contribution.

8. Fee Paid by the Foreign Delegates/Participants Attending/Participating in a Conference/Seminar etc.

9. Foreign Contribution Received From United Nations Or Any Of Its Specialized Agencies, The World Bank, International Monetary Fund, etc.

10. Updation Of Foreign Receipts On Ministry Of Home Affairs/Organisation Website
Details of foreign contribution received in quarter of financial year shall be placed on official website or on website as specified by central government, within fifteen days of end of the quarter in which contribution was received

The details should clearly indicate the following:
• Name of Donor
• Individual/Institute
• Official Address of Donor
• E-mail ID
• Website address
• Block Year in which Donation made
• Purpose of Donation

11. Intimation To Be Given To MHA In Certain Conditions

The Association should intimate through online mode, within 15 days, in Form FC-6 to Ministry of Home Affairs regarding any change in:
1. Name of the Association
2. Aims and Objects of Association
3. Address
4. Bank/Bank Account.

12. Intimation To Ministry Of Home Affairs For Change In Board Of Trustee By More Than 49%

After taking FCRA registration, NGO has to intimate MHA for change in Board Members in excess of 49% of original key members as reported in application of registration. This condition is mentioned in the Foreign Contribution Regulation Rules.

14. Can Foreign Contribution Be Mixed With Local Receipts?

No. Foreign contribution cannot be deposited or utilised from the bank account being used for domestic funds.

15. Separate Books Of Accounts To Be Maintained

A separate set of accounts and records shall be maintained, exclusively for foreign contribution received and utilised

Association who has registered under FCRA 2010 is required to place audited statements of accounts of receipts and utilisation of foreign contribution on official website or on website as specified by central government,

Administrative Expenditure cannot be more than 50% on any project,
Administrative Expenditure includes following as per Foreign Contribution Regulation Rules, 2011
1. Salaries, Wages, Travel Expenses or any Remuneration realized by the Members of the Executive Committee or Governing Council of the person
2. All expenses towards hiring of personnel for management of the activities of the person and salaries, wages or any kind of remuneration paid, including cost of travel, to such personnel;
3. All expenses related to consumables like electricity and water charges, telephone charges, postal charges, repairs to premise(s) from where the organisation or Association is functioning, stationery and printing charges, transport and travel charges by the Members of the Executive Committee or Governing Council and expenditure on office equipment
4. Cost of Accounting for and Administering Funds
5. Cost of writing and filing Reports
6. Legal and Professional Charges;
7. Rent of premises, Repairs to Premises and Expenses on other utilities

FCRA department may cancel registration if organisation has excessive Administrative and Salary Expenses.