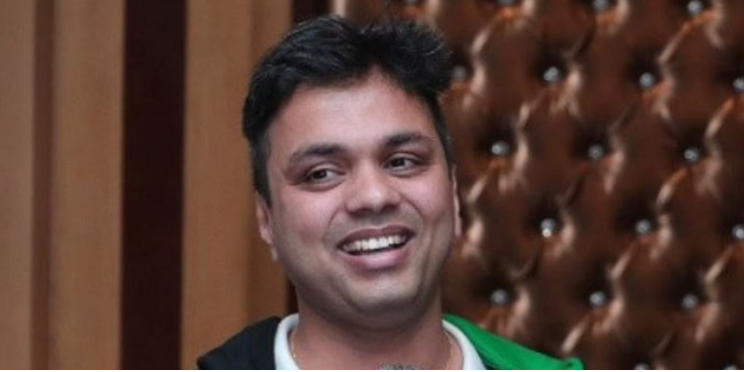 OfBusiness valuation jumps to $5B, to acquire 20 companies by early 2022

Business-to-business marketplace OfBusiness has raised a funding of $325 million in a new round, which will be used for inorganic expansion.

OFB Tech Private Limited, which operates business-to-business (B2B) marketplace ﻿Ofbusiness﻿ and SMB-focused credit platform Oxyzo, has announced raising $325 million in a new round of funding, taking the total capital raised by the company this year to $800 million.

The company is planning to utilise the capital for inorganic expansion, with a targeted acquisition of 20 companies in the online business commerce space and agri supply chain space by early 2022, Asish Mohapatra, CEO and Co-founder of OfBusiness told Yourstory.

It was valued at $5 billion in the Series G round led by Alpha Wave Ventures II, Tiger Global Management, and SoftBank Vision Fund II. In the current round, $140 million was in secondary transactions giving partial exit to early investors in the company including Zodius Technologies, Matrix Partners India and Creation Investments.

The company was valued at $1.5 billion in a round led by SoftBank Vision Fund II in July this year, leading to a three-fold jump in five months.

“The current round was a result of investor confidence in the sector, which is scaling rapidly. We have already made six acquisitions in the online commerce and agri space,” Asish told Yourstory. He did not comment on the names of the companies.

Apart from the company’s OfBusiness platform for raw materials for business across nine categories, it also serves the agriculture value chain through its O’AgriFarm brand. According to a statement issued by the company, it is looking to grow its revenue from commerce business by 4X year-on-year.

The year-old agri supply chain business is also on the path to being profitable, said Asish, adding that the vertical was scheduled to clock $400 million in revenue run rate for the year, with a marginal EBITDA profitability.

Currently, b2b raw material commerce contributes to 50 percent of the company’s revenues, with 35 percent coming from its lending arm Oxyzo and 15 percent from the agri supply chain business.

The company’s financing platform Oxyzo has also launched in other adjacencies, said the statement issued by the company with its AUM (assets under management) set to grow 100 percent year-on-year.

Founded in 2016 by Asish, Nitin Jain, Ruchi Kalra, Bhuvan Gupta and Vasant Sridhar, OfBusiness competes in various verticals with other unicorn entities in the business-to-business space including Moglix and Infra.Market.